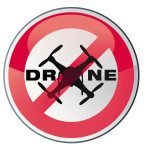 “What is the current FAA drone law?”

Many businesses are now asking “Can I fly a drone for my business to take pictures?”

FAA Drone Law has been much debated these last few years.   To many drone and UAS attorneys, the FAA had failed to make rules for unmanned aerial vehicles or drones, this leaving drones unregulated.   When the FAA finally issued its Notice of Proposed Rule Making ((NPRM) for small UAS, there was already significant confusion about whether drones were legitimately defined as ‘aircraft” under AIMS FAR, or whether model aircraft were regulated by then current rules. The FAA answered these questions in a Drone FAQ issued in February 2015:

Fact—There are no shades of gray in FAA regulations. Anyone who wants to fly an aircraft—manned or unmanned—in U.S. airspace needs some level of FAA approval. Private sector (civil) users can obtain an experimental airworthiness certificate to conduct research and development, training and flight demonstrations.  Commercial UAS operations are limited and require the operator to have certified aircraft and pilots, as well as operating approval. To date, only two UAS models (the Scan Eagle and Aerovironment’s Puma) have been certified, and they can only fly in the Arctic. Public entities (federal, state and local governments, and public universities) may apply for a Certificate of Waiver or Authorization (COA)

Flying model aircraft solely for hobby or recreational reasons does not require FAA approval. However, hobbyists are advised to operate their aircraft in accordance with the agency’s model aircraft guidelines (see Advisory Circular 91-57). In the FAA Modernization and Reform Act of 2012 (Public Law 112-95, Sec 336), Congress exempted model aircraft from new rules or regulations provided the aircraft are operated “in accordance with a community-based set of safety guidelines and within the programming of a nationwide community-based organization.”

“But I want to start flying my UAV now?”   The FAA has been grating petitions to fly drones commercially since February, 2015.  So there is a way for your company or business to start using drones and UAV for aerial photography, video, mapping, survey, inspections, rescue, delivery and other purposes right now, as long as you follow the rules set by the FAA.  The first step is to file a Section 333 Petition to the FAA, essentially a blanket COA, to allow your company to fly for commercial purposes (i.e. to make money, charge fees to customers for UAS video, etc).   A drone attorney can help you prepare a Section 333 Petition and get your UAS operation up an running before your competitors, or to launch a new business idea.  The important point is the FOLLOW THE RULES.  While the FAA has tended to make verbal warning and a warning letter its most common response to a drone or UAS violation, it also has the power to  order companies and drone operators to stop the operations, cease and desist further flights and can issue fines of $10,000 or more.