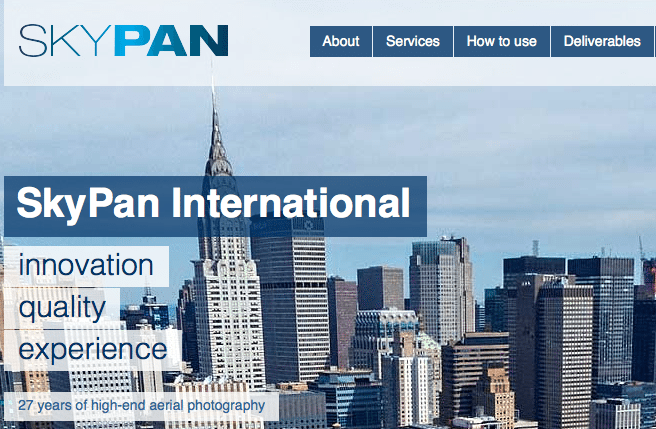 In an action which will no doubt stir a lot of controversy and commentary with in the commercial drone space,the FAA did something dramatic today. The FAA issued a press release announcing a $1.9 million dollar fine against a commercial drone operator who conducted numerous flights without a section 333 exemption for the drone / RC helicopter, the required civil COAs or other authorization from the FAA.

This is “the largest civil penalty the FAA has proposed against a UAS operator for endangering the safety of our airspace” and was clearly designed to shake up the commercial drone community.   Some drone operators have played ‘fast and lose’ with the FAA drone regulations.  In other instances, drone operators ignore, or seek to avoid, the required Section 333 exemption process and other FAA regulations for commercial drone use.

The game has now changed.  The FAA just got wicked serious.

The FAA proposes a $1.9 million civil penalty against SkyPan International, Inc. of Chicago. Between March 21, 2012, and Dec. 15, 2014, SkyPan conducted 65 unauthorized operations in some of our most congested airspace and heavily populated cities, violating airspace regulations and various operating rules, the FAA alleges. These operations were illegal and not without risk.

The FAA alleges that the company conducted 65 unauthorized commercial UAS flights over various locations in New York City and Chicago between March 21, 2012 and Dec. 15, 2014.  The flights involved aerial photography.  Of those, 43 flew in the highly restricted New York Class B airspace.

We contacted Les Dorr, a media spokesman for the FAA, who confirmed that the fine recommendation involved numerous infractions by SkyPan International.  Dorr says that  the recommended fine specifically included violations for flying commercially without a Section 333 Exemption.  In prior drone violations, the FAA has focused on reckless operation, rather than issuing a fine for flying without a Section 333 exemption or meeting other commercial operator requirements.  This time the FAA made it clear. If you fly commercially without a 333 exemption, your take a serious risk of big-time fines.

SkyPan Appears to be a ‘Big Time’ Commercial Drone Operation

SkyPan International boasts 27 years of experience with Aerial photography and videography and apparently started flying drones commercially well before it had a FAA Section 333 exemption. Mr. Dorr stated “SkyPan did not get their Section 333 until after these flight occurred” meaning that they started flying commercially before obtaining a Section 333 exemption. Mr. Dorr emphasized that flying without obtaining authorization from the FAA can result in fines.  Mr. Dorr  confirmed FAA contacted SkyPan several times, issuing cease and desist letters and SkyPan.  SKyPan, however, allegedly continued to fly in willful violation of the FAA rules.

In 2013, the FAA asked a court to enforce a subpoena against SkyPan about its New York City drone operations, many of which are listed on its website.   This legal action was eventually dismissed in March 2015 after SkyPan complied withe the FAA subpoena,  It is likely that the proposed $1.9 million dollar penalty are supported by the documents obtained by the FAA subpoena.

SkyPan’s own marketing and press release seem to corroborate the FAA’s concerns, and in fact suggest violations well beyond those cited in the Civil Penalty letter.  For instance:

In 2006, SkyPan’s owners put out a press release which stated: “Messrs. Segal and Jones, co-owners of SkyPan International in Chicago, attach panoramic cameras to remote-controlled helicopters and send them up hundreds of feet in the air for three-minute flights. With a spinning camera, they record a 360-degree image of what the view would be from a skyscraper there. Their pictures show potential buyers what they’d see out their windows and help developers decide where to place buildings. A few more feet to the left, for example, might mean 24 more units would get a lake view.”

Remote Controlled helicopters used for commercial purposes are unmanned aerial vehicles regulated by the FAA, although the FAA’s authority and position was less clear in that time period. Regardless, SkyPan’s marketing provides a lot of evidence suggesting illegal commercial drone use prior to the time it received its Section 33 exemption.

SkyPan apparently has a long history of run-in’s with law enforcement. According to its owners:

Most of their competitors use hot air balloons to take aerial panoramic shots. SkyPan is the only U.S. company that uses radio-controlled helicopters, Mr. Segal says. The side effect, of course, is more run-ins with the law.
“It happened again in New York last spring,” he says. “We were on the roof of a building, and all of the sudden the police burst in to shut us down.”

Drone Law Pro was able to obtain the FAA’s Civil Penalty Letter to SkyPan which outlines the many serious alleged violations. It is alleged that SkyPan flew in Class B airspace in downtown New York, without even clearing their flight with the local Air Traffic Control (ATC) Control tower.  That doesn’t sound like ‘safe flight’ to the FAA. And Class B airspace, especially in downtown New York, is high-risk airspace in terms of safety and homeland security.

One thing is for certain. This resolves the issue that has been floating around for some time.  The FAA does in fact care about commercial drone operation and the Section 333 exemption process. Encouraging compliance is an FAA priority.  Some other takeaways:

SkyPan Filed for a Section 333 Only After Receiving Cease & Desist Letters from the FAA.

SkyPan’s FAA Section 333 was filed by Mr. Gregory S. Walden Counsel for SkyPan International, Akin Gump Strauss Hauer & Feld, LLP, ,Washington, DC 20036 on December 22, 2014 and  was granted by the FAA on April 17, 2015.  The violations all occurred before SkyPan received its Section 333 exemption. SkyPan boasted its client list, and its safety record, in its exemption petition:

clients include the most recognizable names among the nation’s elite developers, such as: John Buck, BCRE, Durst, Extell, Fifield, Four Seasons, Hines, Related, Rudin, Ritz Carlton, Silverstein, Trump, Varnado, Howard Hughes, GID, Witkoff, and Zeckendorf. SkyPan is proud of its robust record of protecting the public’s safety, security, and privacy. SkyPan believes that its developer and builder clients would vouch for SkyPan’s commitment to safety and privacy.

Yet, the FAA charges that SkyPan flew in what would be, by all accounts, congested Class B airspace without providing notice to the FAA, or obtaining permission. You have to wonder whether the lawyers used marketing language and ‘spin’ to get the exemption from the FAA, despite the facts.

Here is the FAA subpoena which sets forth the long enforcement and regulatory history of the SkyPan case.