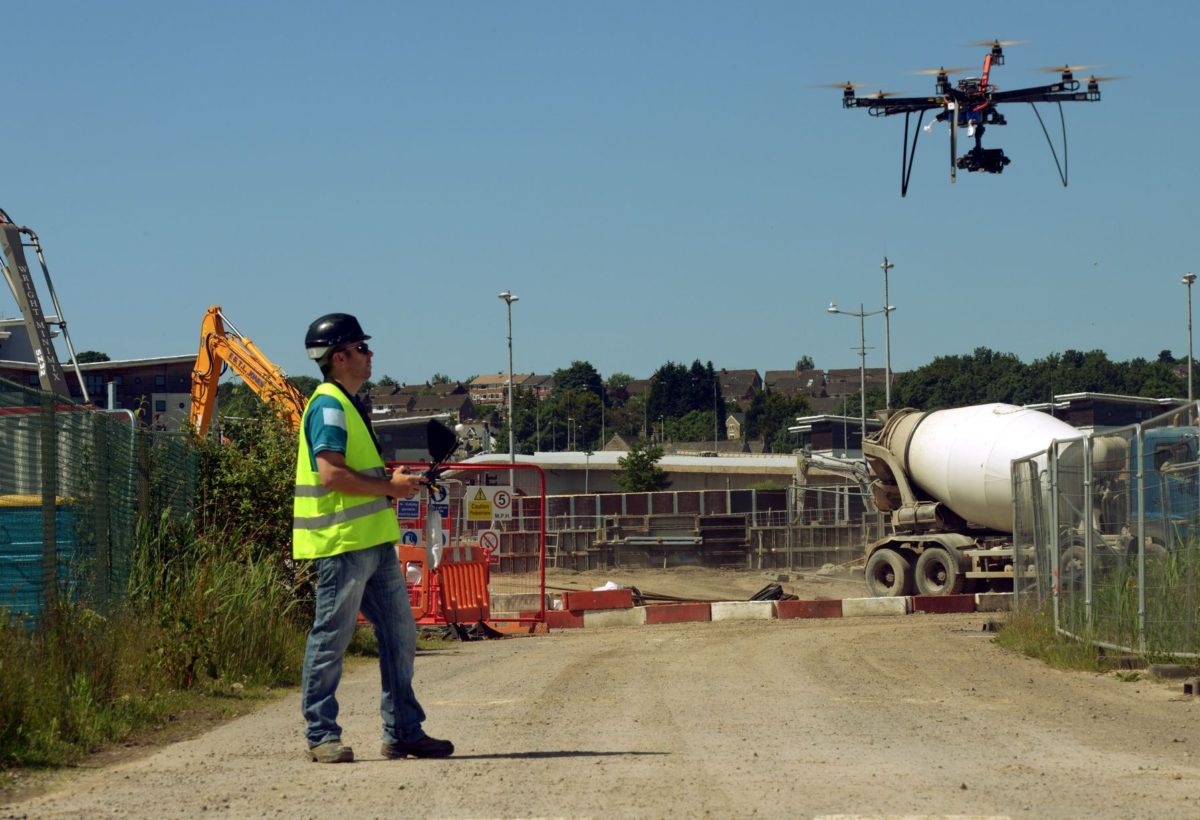 Welcome to this edition of Drone Law Pro Radio. Your source of information for everything UAV. We are drone attorneys and we speak drone.

My name is drone lawyer Enrico Schaefer and today we are going to be talking about the real problem with the FAA’s handling of Part 107.

Now everybody was excited about Part 107 when it was announced because the FAA had so seriously screwed up the Section 333 process. The problems that they were having in getting through those petitions, those 333 petitions, caused massive delays which made it impossible for a commercial drone business … you know a business, the type thing where a company invest time and money and potentially offer services and make profits. The 333 process was a disaster because it started as a long process and then the process got down to about two months and then the process went to 6 months and then the FAA played hide-the-ball from everyone and didn’t tell anyone what they were doing with Part 107 until of course June of 2016 when they made the announcement. Part of that announcement was they had stopped processing petitions back in May and, in fact, they hadn’t even issued any exemptions on petitions that were filed after October.   So, all these people, thousands of U.S. businesses waiting to get flying on the promise of section 333 – boom – FAA completely messes that up by simple failure of providing information for business planning purposes.

We have this new Part 107, a key part of it is in order to fly in controlled airspace you needed an airspace authorization. The airspace authorization process has been yet another disaster for the FAA. They made the mistake of finalizing and implementing Part 107 before they had the ability to actually get people flying. So if you are in Class G airspace, great you can fly under Part 107 without an airspace authorization. But most of the activity around UAV, most of the commerce that’s going to be done in UAV is going to be done in controlled airspace, B, C, D and surface E airspace. So the airspace authorization process clearly doesn’t work right now. The FAA acknowledges that the airspace authorization system and the website that they put in place for that doesn’t work. Commerce is impracticable if, in fact, a business doesn’t even know when or if they will be able to fly. If they can tell a customer, hey in your Class C airspace, I will be able to conduct a flight two weeks from now or a week from now that simply doesn’t work for commerce. You have all these tens of thousands of businesses that have one or both hands tied behind their back by the FAA incompetency on airspace authorization. Companies have invested big dollars in UAS. It is time for the FAA to step up and make good on its promise. This really was a fraud. Part 107 was a fraud by the FAA because they didn’t tell people by the way you won’t be able to fly in a controlled airspace. They launched this thing, they stopped processing Section 333 exemptions, they left this giant blank space for the UAV community to try to navigate, and it really was a misrepresentation and a complete fumbling the ball by the FAA. Now here is what the FAA says is going do, again this is the FAA’s game right, oh but it is going get better. We are developing a grid map for all the ATC permissions and airspace authorizations, there is going to be an app, you’ll simply go to the app and you’ll enter your location, and you’ll essentially be able to get airspace authorization in real time, or near real time, within minutes or perhaps an hour of making the request. That’s the way the system needs to work in order for there to be business and commerce in the UAS space, right? But then they say well their developing the app and that it is 8-12 months out. Well, that will probably be in FAA world 12-24 months or longer. So this app should have been developed before they actually finalized and implemented Part 107 or they should have had an intra-method to clear case air space while they were developing the app. However, the FAA fumbled the ball, they didn’t do it, they didn’t get it done and everyone else is hanging once again. Investing time and money on UAV operations on the promise of the FAA which the FAA has failed on. So, what happens in the mean time between his next 8 to 12 months, or 12-24 months while the FAA is getting its grid map put into an app or into an online system? In the meantime, we have this fundamental issue, our airspace authorizations going to get faster because the FAA is getting more efficient and they said they added staff to the airspace authorization. Is the process going to get faster? Or is it going to get slower because the volume of requests for airspace authorization is always going to be going up because the number of pilots in the system. Is airspace authorization little faster or slower FAA? Tell us! Because in order for businesses to survive they need to have some level of information and even if the FAA, in its own admission, fumbling the ball on airspace authorization and part 107. That is great that they acknowledge the errors there, but what they need to do now is step up and provide real information to U.S. businesses in the UAV space so they can plan, so they can invest, so they can know when and who to hire. So they can tell customers what actually they will be able to do for those customers and controlled airspace and when. But the FAA doesn’t tell you anything. We have got Kevin Morris out there, from the Minneapolis FSDO. He is the only one that’s even trying to provide real information to people.

So here’s the problem, this is the real issue and this is the point of this of this Drone Law Pro radio program today. The real issue isn’t that the FAA has screwed up once again on UAS, it’s that there were not providing information for business planning purposes. It’s a fundamental failure of the FAA to understand how a business even works. It’s one thing to say all we know this isn’t working for businesses. It’s another to say we are going to have an app in the future that can solve the problem. What is missing is the piece of the puzzle of what’s going to happen now? What is going to happen over the next couple months? You can’t just say it can be 90 days you have to file for airspace authorization. You may as well tell people not to file an all.   You can’t plan flights 90 days in advance. That makes no sense. So provide information FAA!   Get it out there so that business and commerce can actually happen around UAS. The FAA needs to step up here and not only take ownership of the problem but do something in the interim here to fix it. The fix doesn’t have to be necessarily faster. If its bad news FAA just tell us, say no it’s going to get slower and so you may as well not invest any more time and money in your UAS business because until we get the app working, you really can’t do much anyway. If that’s the story FAA then tell it so that businesses can plan around that. Information in business is like gold! If you’re in a start up business or an established business what you really need now if you can’t have the authorizations is real world information.

My name is drone attorney, Enrico Schaefer, that’s all for today we’ll see you next time.

You have been listening to Drone Law Pro Radio. Where drone pilots turn for legal expertise on everything drone. Visit us at www.DroneLaw.Pro.