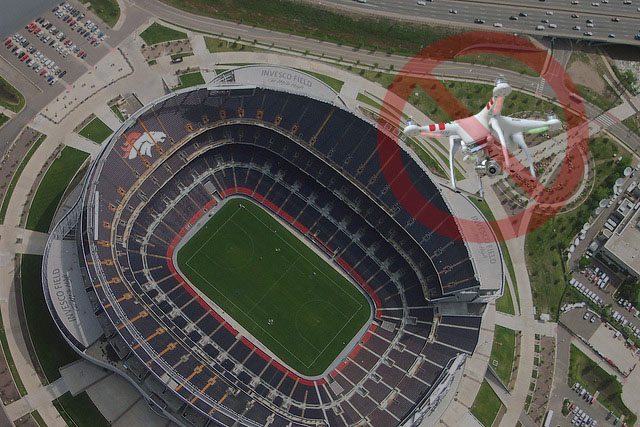 There is a lot of bad information out there about the FAA’s policy on enforcing drone regulations against commercial operators.

“The FAA has never fined a drone operator operating commercially without a section 333.”

Some people in the RC community regularly post on bulletin boards and other forums that “the FAA does not care about commercial drone use.” The quote we hear  is “the FAA has never fined a drone operator operating commercially without a section 333.” When you hear this quote ask them how they know this to be true? Do they realize that the FAA does not make its enforcement actions available to the public until after the regulatory action has been closed? Do they realize that it takes months or years to complete and close a FAA regulatory violation action? And given the hundreds of cease and desist letters sent out to commercial drone operators telling them to cease and desist commercial operations, do they really think the FAA hasn’t followed up on their threat to fine people who ignore the FAA cease and desist?

There are no ‘reported’ fines for flying commercially without a Section 333.

What these ‘f— the FAA’ people are really telling you as there have been no ‘news reports’ of the FAA defining a commercial operator for operating without a section 333.   To our knowledge, this may true.  We have been contacted by a lot of people who have received FAA cease and desist letters for unlawful commercial use of drones. But no calls from anyone fined.  Regardless, the lack of reported fines does not established the underlying proposition that the FAA has not in fact already fined commercial operators for flying without FAA approval. It will be many months before any specific FAA regulatory actions against commercial drone operators flying without FAA approval become publicly available.

Can the FAA Legally Regulate Drones?

We hear this argument a lot.  This is based on the Pinker case, and the initial ruling that the FAA could not lawfully regulate drones. Read more here.

Regardless of our legal opinion, or the arguments for and against FAA authority, the FAA believes it has jurisdiction over drones and thus far the court’s agree.  So unless you have a pile of money to spend in legal fees to fight the  issue in court, you should make the smart business decisions and comply with the drone regulations.  If you want to retain us to challenge the jurisdiction of the FAA to regulate drone use, contact us.  We are the law firm for the job.  Here is what the FAA has to say on the issue:

The FAA’s safety mandate under 49 U.S.C. § 40103 requires it to regulate aircraft operations conducted in the NAS, which include UAS operations, to protect persons and property on the ground, and to prevent collisions between aircraft and other aircraft or objects. In addition, 49 U.S.C. § 44701(a) requires the agency to promote safe flight of civil aircraft in air commerce by prescribing, among other things, regulations and minimum standards for other practices, methods, and procedures the Administrator finds necessary for safety in air commerce and national security. A UAS is an “aircraft” as defined in the FAA’s authorizing statutes and is therefore subject to regulation by the FAA. 49 U.S.C. § 40102(a)(6) defines an “aircraft” as “any contrivance invented, used, or designed to navigate or fly in the air.” The FAA’s regulations (14 C.F.R. § 1.1) similarly define an “aircraft” as “a device that is used or intended to be used for flight in the air.” Because an unmanned aircraft is a contrivance/device that is invented, used, and designed to fly in the air, it meets the definition of “aircraft.” The FAA has promulgated regulations that apply to the operation of all aircraft, whether manned or unmanned, and irrespective of the altitude at which the aircraft is operating. For example, 14 C.F.R. § 91.13 prohibits any person from operating an aircraft in a careless or reckless manner so as to endanger the life or property of another.

The real issue is the FAA drone regulation  enforcement policy.  What happens if you get caught?  Check out the FAA’s own policy directives on drone regulation enforcement found here LAW ENFORCEMENT GUIDANCE FOR SUSPECTED UNAUTHORIZED UAS OPERATIONS.  Here are some key quotes:

Here is a sample threat letter:

Misinformation and overstatement about the FAA’s view of commercial drone use without a 333 exemption is not only deceiving but harmful to the overall drone community. Flying safe and complying with FAA drone rules is important to the growth of the industry.  And selling your compliance and safety record to customers is a potential market advantage.

There is Confusion about the FAA drone regulations and enforcement policies.

So where is this confusion about FAA drawn regulations and enforcement come from? The answer is twofold. First, the FAA has changed its enforcement guidelines for commercial drone use over the last several years. During some phases, the FAA was more aggressive than today. The current FAA drone regulation enforcement policy is more balanced. When they receive a complaint about a video that has been posted by someone who appears to be a commercial operator, and that person or company does not have a section 333 exemption, the FAA will typically send a notice letter indicating noncompliance. In some instances, you may get one free pass where you get a cease and deist rather than a violation for first offenders (unless there is a safety incident in which case you should expect harsher regulatory response from the FAA).  The FAA will indicate that the operator should cease-and-desist any further commercial drone use or risk fines and other penalties. Because the FAA does not make its enforcement actions public until an enforcement action is”closed” the public doesn’t know about these enforcement actions until months or years after the matter is started.

This leads us to our second point. Because commercial drone use an FAA drone regulations are relatively new, we would not expect that FAA enforcement actions (which are in process) to be made available publicly for sometime.

Once you receive a FAA cease-and-desist letter, any further violations would be considered willful.  The FAA does not make a habit of sending out cease-and-desist letters threatening to further action for willful violations and then doing nothing. Anyone who suggest to you that the FAA doesn’t care about its drone regulations or commercial drone operations is selling you snake oil. If you receive a cease-and-desist letter and you continue to violate the rules, you should expect a fine between $1,000 and $10,000. And don’t expect those in your area who did get their 333 to sit by and watch you steal their customers if you don’t have a 333. They will report you.