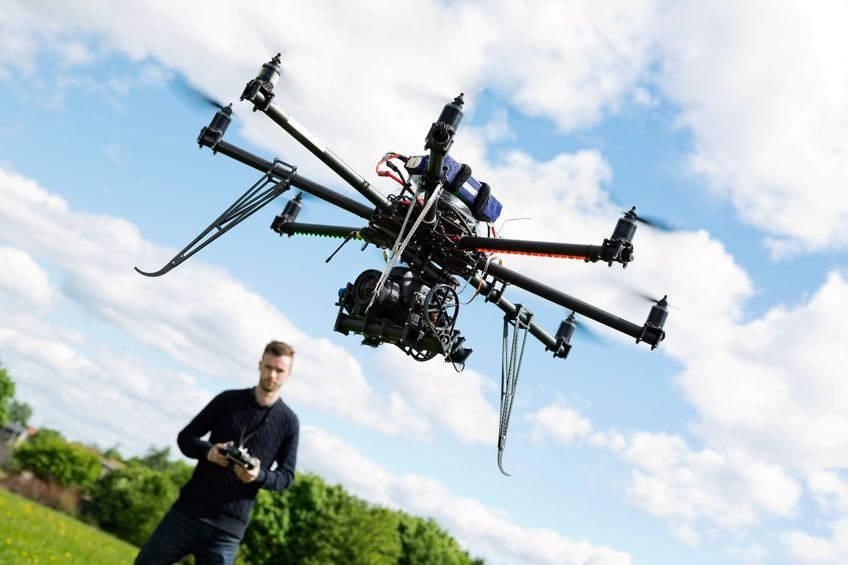 The FAA announced today that it has finalized Part 107 of the Federal Aviation Regulations, governing sUAS / UAV Operations.  Learn how Part 107 affects your Section 333 exemption, whether your exemption has been granted by the FAA or is still pending.  If you are not currently a client of ours, you can purchase attorney time to answer your Part 107 questions here. 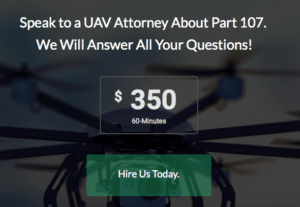 Watch this video to learn more:

Alright, today, Tuesday, June 21, 2016, is a big day for the world of unmanned Arial vehicles. The FAA today made a huge announcement and what we’ve been waiting for so long and what has been delayed for so long finally happened. The department of transportation through the FAA has finalized its Part 107 rules – its rules for operation of commercial drones, UAV’s, and UAS in the national airspace. What I want to do is let you know where we are and some of the things that you should be thinking about as we enter this new world of Part 107 how it relates to Section 333 Exemption Holders and Petitioners.

So this new Rule Part 107 was announced today, finalized today, and published by the FAA today sometime today so they say. It is going to take place effect in late August. There is a waiting period of 60 days from the rules publication in the Federal Register. So, 60 days from publication and according the FAA it is going to take about 5 days for the rule to get published. So some time by late August and early September, theoretically, you will be able to start to go through the process to get what they are calling a Remote Pilot Certificate, which is a drone pilot license. How long it will actually take for you to get that Remote Pilot Certificate remains to be seen, however, perhaps by fall you will be able to hold a Remote Pilot Certificate which will then allow you to fly under the Part 107. So let’s take a look at it. There is a lot of stuff going on here. What we want to do today is take off the big chunks and so that you understand what you need to do and where this is going.

If you have Section 333 Exemption right now you do not need to do anything. You will continue to fly under that exemption both today, next month, and potentially even after Part 107 is implemented. You’ll have the option flying under Part 107 or under your section 333 exemption. You’ll will likely have that option until your exemption expires which is 2 years after it was issued. So if you have your Section 333 Exemption hold tight. Keep flying. Get educated on Part 107 which will then come into effect will allow you to get your drone license and get your Remote Pilot Certificate and be able to be a drone pilot and operate under Part 107.

So here’s the deal. If you are waiting for your Section 333 you applied but haven’t received it yet then things are little less clear, but here’s what we know today. The FAA is going to compartmentalize those petitions for exemption into buckets one of three buckets. Depending on what bucket you’re in then you are going to have different options. If the FAA determines that your exemption request is essentially going to allow you to fly the same as under Part 107 then you will get notice and it is going to say that you have the option essentially have withdrawing your exemption or converting it into Part 107 and flying under Part 107. If it is requesting more than just the standard Part 107 operational perimeters then you will potentially be put into the waiver program under Part 107, which is being developed, and then will allow you to fly beyond Part 107 regulations. For anyone who wants to fly beyond Part 107, instead of going Section 333, the FAA has created a new waiver process which we have yet to see, but which will allow you to fly in certain ways beyond the regulations. We will have a whole show devoted to that.

If you have your 333 keep flying. You’re good. No changes are necessary. You’ll have options to fly under Part 107 later. If you do not have your 333 we are recommending, that when we do get notice from the FAA, that you can convert. That you simply move forward get your section 333 and also then have the option of flying under Part 107.

This is going to protect you in a couple of different ways. First, there might be delays of implementation by the FAA. Why would you want to essentially abandon your Section 333 if there could a problem down the line? If in late August they are not ready to implement and there has been some incident between manned and unmanned aircraft and everything is on hold or if there is litigation concerning the implementation of Part 107 and all of the sudden it doesn’t get implemented. So you want to have those two options you want to be able to fly under Section 333 or Part 107. That’s the safest route.

Let’s talk a little bit about the Remote Pilot Certificate. This is really one of the big changes under Part 107.   It is essentially it’s a Drone Pilot License that you will be able to get. Right now under Section 333 you have to have an airman’s certificate with a sport or recreation level certification. You have to have a manned aircraft license. That is going to go away under Part 107 there will be something that will be specific to drones. That is going to be a lot easier to get. It will be an initial aeronautical test at a FAA approved knowledge testing center. So you will go to an FAA approved knowledge center you will take a knowledge test which will grill you on Part 107 – Air Space Requirements and Other Federal Aviation Regulations. If you pass that then you are going to potentially be able to put in to get your certificate and have that sent back to you by the FAA.

If in fact, you have a non-student Part 61 Pilot Certificate right now, you have your Pilot’s License; you’re going to have a much simpler process to get your Remote Pilot’s Certificate. You’ll essentially be able to qualify if you have a completed flight review in the previous 24 months and you take a UAS online training course. Not a test, but a training course will be offered to you. Then you will be able to have your remote pilot certificate.

So let’s recap. What should you do? You do not have to do anything right now. Everything is good. This is creating more options. It is going to create more opportunities for everyone in UAS. Second, you should study Part 107 that’s going to be the new regulation at some point and you are going to need to understand how to fly under Part 107 legally in many ways it is easier than Section 333. Third thing you should do is stay tuned to Drone Law Pro we are going to be analyzing Part 107 and educating everyone on how to comply. This is Drone Attorney Enrico Schaefer and we will see you next time where we will be talking Part 107 for a quite a while into the future. Thanks and have a great day.