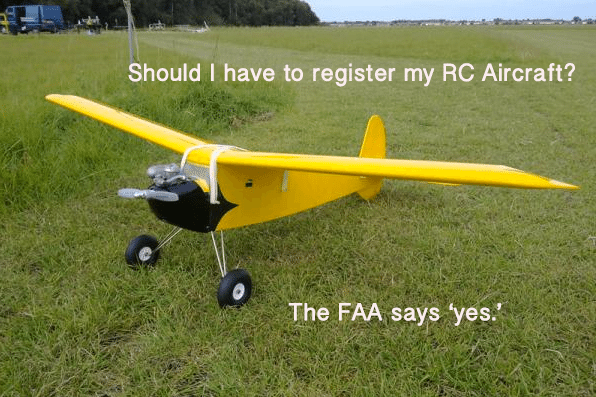 Recreational drone registration has arrived just in time for Christmas. Thank you for the thoughtful gift, FAA!

In this interview with Rich Hanson, Academy of Model Aeronautics Regulatory Affairs Representative, agrees that some sort of registration is appropriate to reduce the number of safety incidents between drones and manned aircraft.  However, the AMA’s position is that the FAA went too fast in arriving at this Interim Final Regulation (IFR) and should have limited registration to ‘self-navigating’ (i.e. autonomous) unmanned systems. Check out this interview of Rich about the FAA’s new drone registration rules below….

“AMA is disappointed with the new rule for UAS registration. As a member of the task force that helped develop recommendations for this rule, AMA argued that registration makes sense at some level and for UAS flyers operating outside the guidance of a community-based organization or flying for commercial purposes. Unfortunately, the new rule is counter to Congress’s intent in the Special Rule for Model Aircraft and makes the registration process an unnecessary burden for our more than 185,000 members who have been operating safely for decades. … “