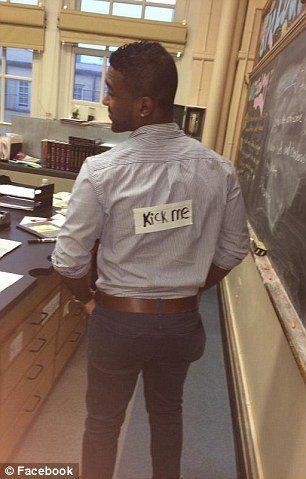 How might ‘The U.S. Open Drone Guy” defend himself in Court?

You can be prosecuted for violating FAA regulations, or state criminal laws for negligent or reckless drone operation.  Just ask Daniel Verley. He crashed his drone into the stands at the U.S. Open tennis tournament and has already been charged with criminal recklessness.

What are the possible defenses Daniel Verley can assert against the criminal charges of “reckless endangerment, reckless operation of a drone and operating a drone outside the prescribed area” filed against him by the New York prosecuting attorney?  We still don’t know much.  But we can guess how this drone accident might be defended in court.

The school teacher from New York City turned himself and and was was arrested early Friday morning, hours after he allegedly crashed a small #DR Solo quadcopter drone into the stands at the US Open tennis tournament in Queens, New York.  It is unclear whether he gave a statement to the police and incriminated himself, or exercised his right to remain silent (which would have been a good idea in this situation for sure).

We have not seen the formal charges, but one likely charge is violation of New York Penal – Article 120 – § 120.20 Reckless Endangerment in the Second Degree.  It’s a misdemeanor.

Endangerment involves conduct that is defined as reckless or wanton, and likely to produce death or bodily harm to other people. THE threshold of proof for the New York prosecuting attorney will be establishing that  Mr. Verley recklessly engaged in conduct which created a substantial risk of serious physical injury. So what was Mr. Verley’s conduct?

Don’t Convict Daniel Verley Just Yet. He is innocent until proven guilty. 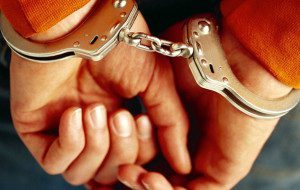 It could be that Daniel Verley  was flying his drone and lost site of it, accidentally flying it into the US Open stadium by accident.  If that is the case, and he was otherwise operating safely, the prosecuting attorney may not be able to establish beyond any reasonable doubt that his conduct was “reckless” or that Daniel Verley exhibited a “culpable disregard of foreseeable consequences to others.”  The crash itself won’t be enough proof to get a conviction.

This case will be interesting as it may set the stage for many state criminal cases charging reckless drone operation.  Drone crashes are becoming more common.   Flying drones over people ‘for fun’ and ‘great video’ is starting to happen with more frequency.  Flying your drone over people who are not part of the flight is considered poor form, at the least, and considered unlawful to many including the FAA. Each state get’s to decide for itself what it considers reckless.  And attorneys will argue whether state criminal and civil laws are preempted by federal laws and FAA regulations which allow certain flights.   We expect lots of drone operators to claim that the drone simply flew off. “Blame it on the drone” will become a very common defense against criminal charges brought against drone operators, as well as defenses to negligence claims causing injury to property damage. Drones are notorious for “complaints of fly aways.”

While the prosecutor does not have to establish ‘intent’ – i.e. thatDaniel Verley  intended to cause harm, the ultimate question is whether, under all the circumstances, the accused’s conduct was made it actually or imminently dangerous to the rights or safety of others.

So don’t convict Mr. Daniel Verley as guilty just yet.  We have not heard his side of the story.  If he is smart, he turned himself in and immediately pled the 5th Amendment, and remained silent.  The prosecuting attorney needs more evidence than the drone crashing at the U.S. Open stadium to prove reckless endangerment.  He will have to show that the operation was reckless. Here are factors which might be used against Daniel Verley in court, assuming the prosecuting attorney can get the evidence admitted though witnesses:

One of the ironies here is that If Daniel Verley was a teacher at Academy of Innovative Technology in Brooklyn.  This suggests he may have had previous drone experience as a pilot.  UAV are THE most innovative technology on the market right now.  The fact that he was flying a pretty expensive 3DR Solo (Over $2,000 with camera and extras), also suggests that he may not have been a novice.

The FAA can also Levy fines as high as $10,000 for reckless operation of a drone in the NAS.

Let’s not forge that the FAA has jurisdiction over the National Airspace (NAS) and can levy fines against commercial drone operations as well as hobbyists. It would not be surprising to see the FAA issue fines for Verley as well before this is over.